Despite the show being in the sunshine state, September 23rd was anything but sunny. It rained pretty much all day, leaving many of us who arrived early absolutely drenched.

I think this may have been the one night at the House Of Blues where everyone was actually glad to be killed by the extra body heat from absolute strangers and stage lights.

There is nothing I love more than watching that stage curtain stitched from a hundred different fabrics slide out of the way to present either a band I love, or a band I’ve never heard of, but am very excited to hear perform. The Hope Revolution Tour was no different.

The night kicked off with Everybody Run, a four piece from Atlanta. Not only did the whole crowd appear to be having a good time, but so did the band. For the first time in a long time, a show was put on that was not made to look fun for entertainment purposes; the band was actually having fun, and brought the crowd into it. There is something to be said for stage-presence, and Everybody Run definitely have it.

When Senick first appeared on stage, the room fell quite. Their set began with two guitars and two men singing. Then, like an electric current ripped through the stage, the full band appeared. Despite only forming in July of 2014, the newcomers made quite the impression on concert-goers, who seemed to get more amped as the show went on. The five-piece interacted with the crowd brilliantly, further increasing the buzz in the air as the two headliners drew nearer.

The Ongoing Concept took over the stage with high energy, and a vocalist that looked very much like Freddy Mercury…and knew it. Out of all the bands I have seen perform live, this group may jump around the most. Like a gymnastics routine, there was flipping and jumping and, yes, even running. [E/N: My inner personal trainer would have loved to give them all heart rate monitors just to see how many calories they burn in a set.] 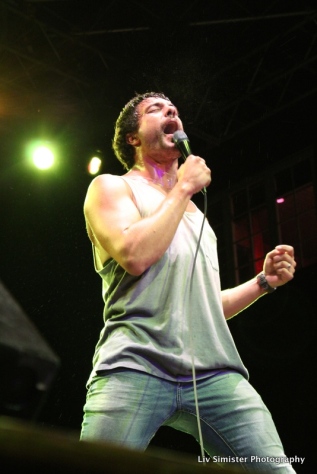 Prior to Hawthorne Heights stepping out on stage, Chad Moses of To Write Love On Her Arms came out and reminded everyone about the purpose behind Hope and Revolution. The atmosphere was near-perfect; a feeling of understanding and awareness seemed to bring everyone’s focus back for just a moment.

Finally, it was time for the headlining acts. Hawthorne Heights performed The Silence In Black and White in its entirety, as it turned ten years old earlier this year. To see the band perform the full album was incredible. Not only do they bring new feeling to it, but there is still a power there that shapes rooms; in that entire room, I didn’t see one person who didn’t sing along to every word. To see a band with that much of an influence is awe-inspiring.

The night finished off with Red Jumpsuit Apparatus, who put on an incredible set. Old and new favorites were performed, and each band member appeared to give their all on stage. However, it was in between each song that allowed the most interaction. From speaking out about things that happened while on a label to the meaning behind songs, RJA had the crowd entranced.

Overall, the show proved to be a fine example of piecing together a solid line-up. The bands all seemed to work well together, and complimented each other, even in their different styles, leaving concert-goers impressed and entertained. 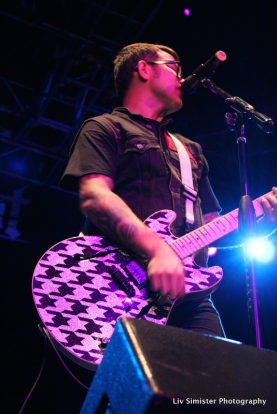 You can check out the full group of photos HERE.