Tonight, at the MTV VMAs, Taylor Swift premiered her brand new video for “Wildest Dreams,” from her hit album, 1989. The video shows Swift channeling a very Liz Taylor look as a movie star on-location in Africa with her very handsome costar, played by Scott Eastwood. The video follows the pair as they play out a relationship that seems to pay homage to the Liz Taylor/Richard Burton relationship in the 60s. Don’t believe us? Check it out for yourself!

MOVIE REVIEW: ‘We Are Your Friends’ 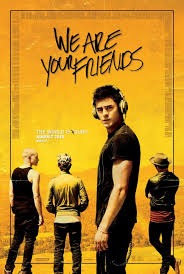 Zac Efron plays Cole Carter, a twenty-three year old DJ who dreams of becoming world-famous. He spends his days and nights with his friends, promoting his performances, and working on the “one track” that he believes will launch him into stardom. Throughout the film, Cole finds himself torn between his ambition and possible romance, and his loyalty to his friends. Granted, many of the “plot twists” come from a mile away, but there’s something truly spectacular in the way that they are arranged that make them feel fresh. I feel as though Max Joseph (director) was striving to make this a statement of millennial circumstance, and while I don’t think it is necessarily the most profound film I’ve seen for this generation, I do see it becoming a bit of a coming-of-age cult classic for the modern times.

One thing I loved about this movie is that it didn’t center around a boy (Efron) meets girl (Emily Ratajkowski as the wonderfully flawed Sophie) plot line. It didn’t center around Cole’s relationship with his friends, Squirrel (Alex Shaffer), Ollie (Shiloh Fernandez), and Mason (Johnny Weston), either. Rather, the film focuses on Cole’s relationship with his friend and mentor James Reed (Wes Bentley).

The film features characters that aren’t quite what was expected going in. Not only that, but it will bring a new appreciation to the work behind being a DJ. As someone who works with musicians on a daily basis, I am ashamed to say I was actually perplexed as to why people pay so much money to see a person play on a computer attached to amplifiers, as opposed to just going and seeing an actual band. We Are Your Friends showed that for the DJs that reach out beyond the laptop, there’s a lot of work that goes in to crafting a great electronic song. I found myself fascinated at the process that the film showcased.

However, the film is very American in the sense that it focuses on getting that “one song” and that being the means to reaching your goals; the doorway to your dreams, if you will. That’s not to say Cole doesn’t hit some roadblocks, but it is really a epiphany-ensuing film of finding glory after struggle.

Efron actually plays an interesting role, and something that showed him not just as this overly-cliched heartthrob romantic lead, but as a human being with his own strengths and weaknesses. In short, he played an actual human, as opposed to a caricature of a frat boy, a singing basketball player, etc.

Bentley plays the character that you aren’t sure if you love or hate; he’s a successful, jaded DJ dependent on drugs and alcohol, with a mean streak that goes against more than hashtags. But he also has some of the most poignant lines in the film, such as, “You haven’t been alive long enough to know the meaning of the word irreparable. But at some point in your life there’ll be things that will finish you! And there won’t be a damn thing you can do about it!”

There’s a spectacular power to the relationship between Cole and James that leaves me feeling impressed at Max Joseph’s first attempt at directing a film. For the cinema nerds like me, can I please just take a moment to praise the cinematography of this film? There a some stunning shots throughout the movie, which beautifully frame the film’s showcase of the millennial struggles.

Unfortunately, this is the generation where it feels as though there is little innovation left, and if there is, it’s a rat race to get the idea out their first. College is no longer the avenue to success. And financial stability no longer means success or happiness, as we see when Cole and his friends land a job doing cold calls for the heartless Paige.

All in all, We Are Your Friends is a fresh presence in a world of car-chases, unlikely romances, and “of course there’s a happy ending!” films that we are surrounded by.

Check out the trailer below: 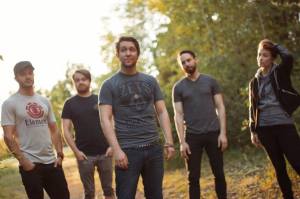 DIVIDES just premiered their brand new video for “Supersymmetry,” from their new album, Brokentooth, with BlankTV. The battle lines are drawn both on the song and in the video, where a major dodgeball battle ensues. Check out the video below:

Lower Than Atlantis Announce Tour With Hands Like Houses and MORE! 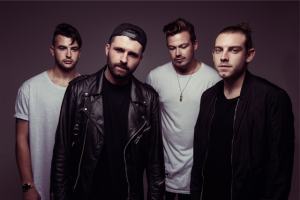 UK rock band Lower Than Atlantis is poised to take the US by storm! The band will be hitting the road for a US fall tour with Hands Like Houses, The Mighty, Brigades, and Too Close Too Touch. You may recognize Lower Than Atlantis from their previous tours with bands including A Day To Remember, PVRIS, and more, or their performances at Slam Dunk Festival, Reading and Leads, NASS Festival, and Radio 1’s Big Weekend.
Below, you’ll find the music video for the band’s hit single “Here We Go,” which has sold over 50,000 copies so far!
Socials
Facebook: https://www.facebook.com/lowerthanatlantis
Twitter: https://twitter.com/LTAmusic
Instagram: https://instagram.com/LTAmusic
Tagged ADTR, Brigades, Hands Like Houses, Here We Go, Lower Than Atlantis, music video, planet stereo, PVRIS, The Mighty, Too Close Too Touch, Tour
Leave a comment
Music Videos, News

Rock quartet The Zealots just released a brand new lyric video for their song “Chips the Fish,” which premiered on BlankTV. The title, a reference to their band pet that met an untimely demise, is certainly eye-catching…and memorable,

“The video has kind of a dark theme to it and the lyrical content is just as grim,” says vocalist Micah Martin. “We had a pet fish for the band and I swallowed him to lighten the mood up a bit. The goal was to puke the fish back up still alive back into the fish bowl (shades of Steve-O), but obviously that didn’t work as planned. His name was Chips and we named the song after him in his honor.”

In late 2014, the group was the first from Iowa to collaborate with Joey Sturgis and his team at mixingbros.com. The video was shot by Joe Gibbs, edited by Cody Doyle and directed by Micah Martin. You can view it below.

Of Mice & Men just announced that they will no longer be performing at the Louder Than Life Festival. The band also announced that they won’t be performing the shows in Mexico City and San Diego that they had canceled earlier this year. The five-piece took to social media to make the announcement, and said, “Whilst the surgeries Austin underwent earlier this summer went well, it is important we allow him time to recover so that we may come back in 2016 stronger than ever.”

You can see the full statement below.

Mastodon Reissue The Hunter on Vinyl 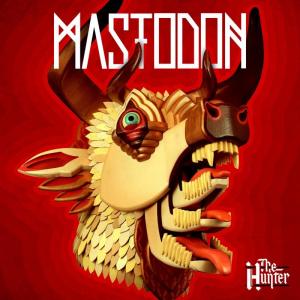 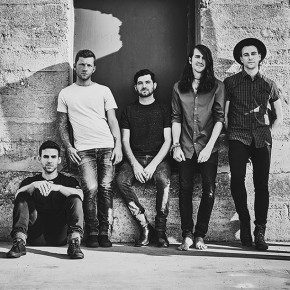 Mayday Parade has just premiered their brand new single and music video for “One Of Them Will Destroy The Other,” featuring Dan Lambton of Real Friends. The single is from their highly-anticipated new album, Black Lines, which is set to be released on October 9th, with pre-order bundles available HERE.
Directed by Caleb Mallery, the music video is highly energetic, making it almost feel like a bucket-list item to go and see Mayday Parade live (which it is, by the way). “For the music video, we wanted to somehow capture the song’s energy and felt strongly that a live performance video would do just that,” explains Jake Bundrick (drums). “When Caleb Mallery brought up incorporating water into the video, we were all in. We’re incredible happy with how it turned out and are very stoked to have Dan Lambert (of Real Friends) be a part of it all.”
You can view the video via Apple Connect HERE. Check out the preview for the video below:
Mayday Parade will also be heading out this fall to headline the AP Tour (presented by Hot Topic) with support from Real Friends, This Wild Life, and As It Is.
The AP Tour kicks off in Boston on October 14th at the House of Blues. You can see a full list of tour dates below and purchase at altpress.com/theaptour.
AP TOUR 2015 (presented by Hot Topic)
Mayday Parade, Real Friends, This Wild Life, & As It Is

Since their inception in late 2012, The Way Away have been a fresh new face in pop-punk, building a name for themselves in and around Minneapolis. The band has played bars, basements, youth centers, and even big-name venues.

Following the release of their seven-song EP, Carry On, the band was selected as winners of the 2015 Ernie Ball Battle of the Bands and played their local date of the Vans Warped Tour. And without missing a beat, is back to making music for their upcoming release, expected out in fall/early winter.

Until then, The Way Away is premiering their brand new single, “Echoes,” with Planet Stereo.

“This is the first song we wrote for our upcoming release […] It’s also the first song we wrote with our current lineup. As a result, this song and the others we have written for our upcoming release have a different vibe to them than the songs from Carry On had. I think we’ve also grown a lot as song writers as well,” says vocalist/guitarist Matt Kabes. “‘Echoes’ is about the frustration and desperation caused by a bad relationship, and not even necessarily a romantic one (as a lot of pop punk songs are about).
“Whether it is a partner, a friend, or a parent, we’ve all had people in our lives that we’ve poured copious amounts of effort into, but eventually when we call out to them we hear nothing back but our own voices. You can only call out to them for so long, and there comes a point where it’s better to save your breath and cut that person out of your life, no matter how hard it can be. This track is pretty angsty, and it probably came out that way because I’m too nice to say these things in person. A lot of the songs we’re writing are coming out a lot more honest and feisty than most of the songs we’ve written before, and we’re really excited about the direction we’re going.”
You can stream “Echoes” below: 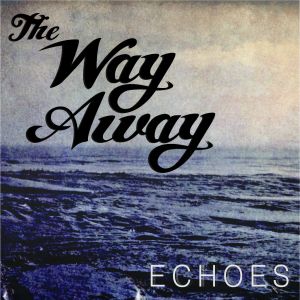 Simple Plan just released their brand new video for “Boom,” and it’s quite the star-studded event. The video, directed by Chady Awad, was filmed on Warped Tour, at the AltPress APMAs, and in Montreal at New City Gas.

The single comes from the band’s upcoming #SPalbum5.

Watch the video below and let us know who you spot!

Click ‘read more’ to see who was in the video!